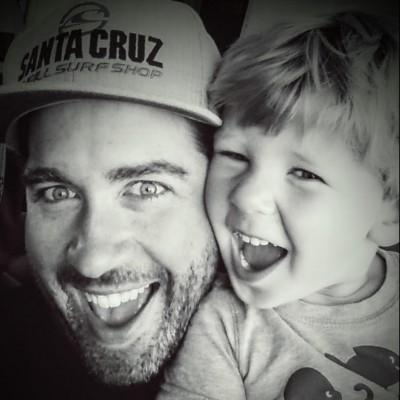 Use the native Shadow DOM API declaratively in React.

Most CSS solutions for React scope CSS by simulating it, but there are browser-based primitives that already do this for us.

This library exposes the imperative Shadow DOM API as a set of React components that you can use declaratively.

The Root component creates an element with a shadowRoot attached to it. This is the outer-boundary for scoping, meaning nothing comes in, and nothing gets out. You can use it standalone, or with the other components.

About the root <div /> node

Attaching a shadow root requires a real DOM node. We don't want to reach up in the hierarchy and mutate the DOM, so the Root component needs to generate a node to attach a shadow to. This defaults to a div, but can be whatever you want. This isn't something that will ever be able to change due to the nature of the DOM and React.

<Slot /> was chosen because it's a more idiomatic way of declaring content where custom elements aren't being used. Underneath the hood, the Slot will portal the content back to the host so it gets distributed using the built-in algorithms.

The Style component may seem redundant when you can just use <style /> but it does a number of things.

The following is a very simple use case that uses only an object to represent your CSS.

You may also specify an Array for a value and it will be mapped into a string using the standard rules listed above.

NOTE: All numeric values will get converted to px units.

Props are useful for passing in data from your application state. However, it's recommended you simply use CSS variables where you don't need to do that.

There's currently no support for using strings as we'd have to parse the strings to simulate scoping and this is not simple nor inexpensive. Using objects makes it far simpler. We're not opposed to finding a way to be able to use strings, it's just not an immediate priority. Please reach out if this is something you'd like to discuss.

There is a styled export that is a shortcut for creating primitive components that have a default styling.

Why don't you provide styled.div()?

We don't provide functions for each HTMLElement because it would cause a lot of bloat for little benefit. If you want to do this, it's pretty easy.

Why don't you provide styled.div`${css}`?

We don't provide a template literal API because we don't have to parse any CSS. You can use <style /> directly, and use your own template literals, but we don't provide scoping for it. To keep things simple, we've only provided scoping simulation when running on the server (for SSR) or if using the Shadow DOM polyfill. For more information, see those sections.

A big caveat of Shadow DOM for some is that it only comes with an imperative DOM API. This means that it doesn't support server-side rendering out of the box. We're happy to say that react-shade supports server-side rendering and there's nothing you need to do on your end to make it work; it's 100% plug and play.

Prefixing selectors is how other CSS-in-JS libraries simulate scoping. It's worth noting as a caveat because native Shadow DOM does not have this limitation and provides much stronger selector scoping. The recommended thing to do here would be to limit your use of descendant selectors within your components.

The worst-case-scenario is that you might have a selector that bleeds in SSR or under the polyfill. If your components are rehydrated in a browser that supports native Shadow DOM, scoping will be fixed when the shadow roots are created.

A keen eye might spot some of these and notice that it's not how you'd normally do Shadow DOM with imperative JavaScript or HTML. I assure you, that is only superficial. All aspects of react-shade's API fully utilises the native APIs.

To use react-shade in browsers that don't support the native APIs you'll want to include the Shadow DOM polyfill. You can find this at https://unpkg.com/@webcomponents/webcomponentsjs.

That polyfill doesn't support CSS scoping and integrating shadycss is non-trivial, so we've gone ahead and simulated scoping when running under the polyfill because this is basically the same thing as when running in an SSR environment.